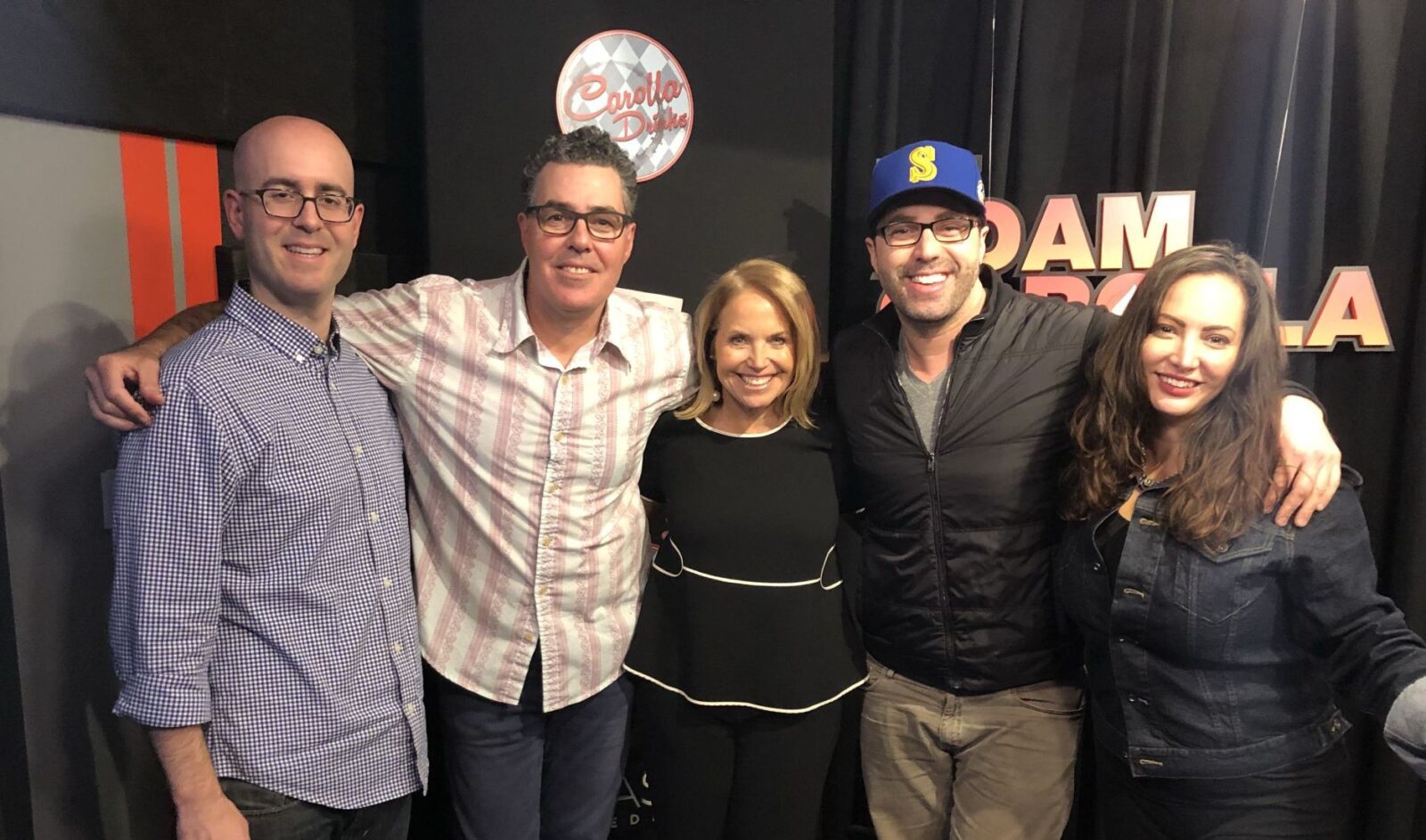 Posted at 15 Jan 2018 in Podcast by Chris Laxamana

Adam welcomes Katie Couric to the podcast right at the top of the show. The guys talk about her success over the years and getting people to open up when you interview them. They also talk about Katie’s parents, as well as Katie’s thoughts on Bill Cosby, Oprah, and the presidency. They go on to discuss how politics have become part of the normal discourse people have, whether or not there will be an increase in voter turnout, and Katie’s experiences interviewing Bill Clinton. Adam then asks Katie about which current journalists she admires, and the guys talk about her new docu-series, as well as the link between technology and narcissism. Before heading out, the guys chat about the future of robot sex, being ruined by porn, and why men should get a colonoscopy at 50.

Make sure you check out the Katie Couric podcast, and visit http://KatieCouric.com for more info.

Also subscribe to ‘About Last Night’, and visit http://adamraycomedy.com for more info.