Joel McHale + Made Up Movie 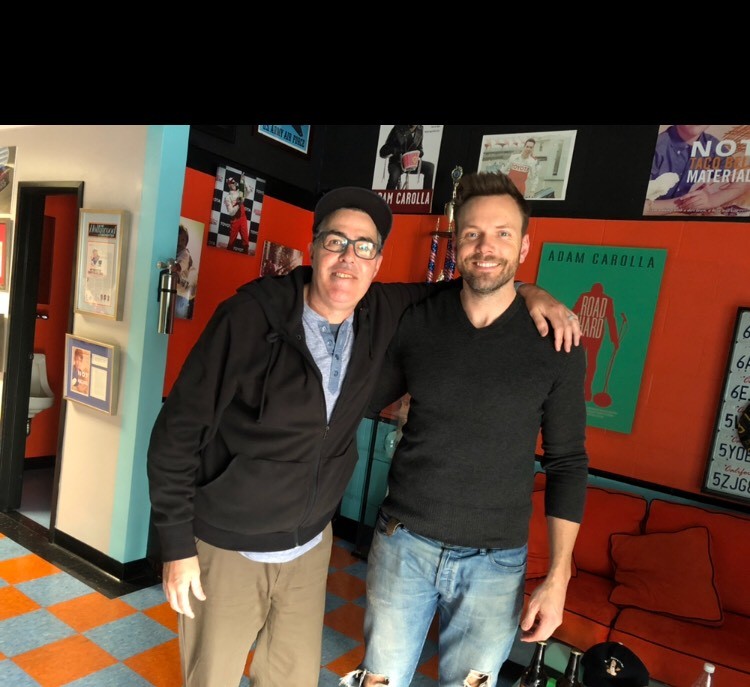 15 Feb Joel McHale + Made Up Movie

Posted at 15 Feb 2018 in Podcast by Chris Laxamana

Adam welcomes Joel McHale to the studio right at the top of the show. The guys talk about his new film, ‘A Stupid And Futile Gesture’, and what it was like playing Chevy Chase. They also talk about upcoming guests on The Joel McHale Show, and Adam asks Joel to re-enact a conversation with his Dad via trumpet mouthpiece. Later the guys discuss the time Adam couldn’t get past security to go on The Soup, and everyone plays a round of Made Up Movie.

Gina starts the news with a story about a plane engine failure caught on camera between San Francisco and Hawaii. They also discuss creepy robot dogs, Shaun White’s third gold medal, and Bill Paxton’s wrongful death lawsuit. Other stories include a police officer seeking disability benefits after claiming the job caused him to get fat, a Texas man claiming BAC limits discriminate against alcoholics, and the ‘just don’t say no’ rule for Valentine’s Day. As the show wraps up, Bald Bryan shares one of his life’s biggest regrets.

Joel McHale can be seen in ‘A Stupid and Futile Gesture’ (currently on Netflix), and The Joel McHale Show (on Netflix February 18th).