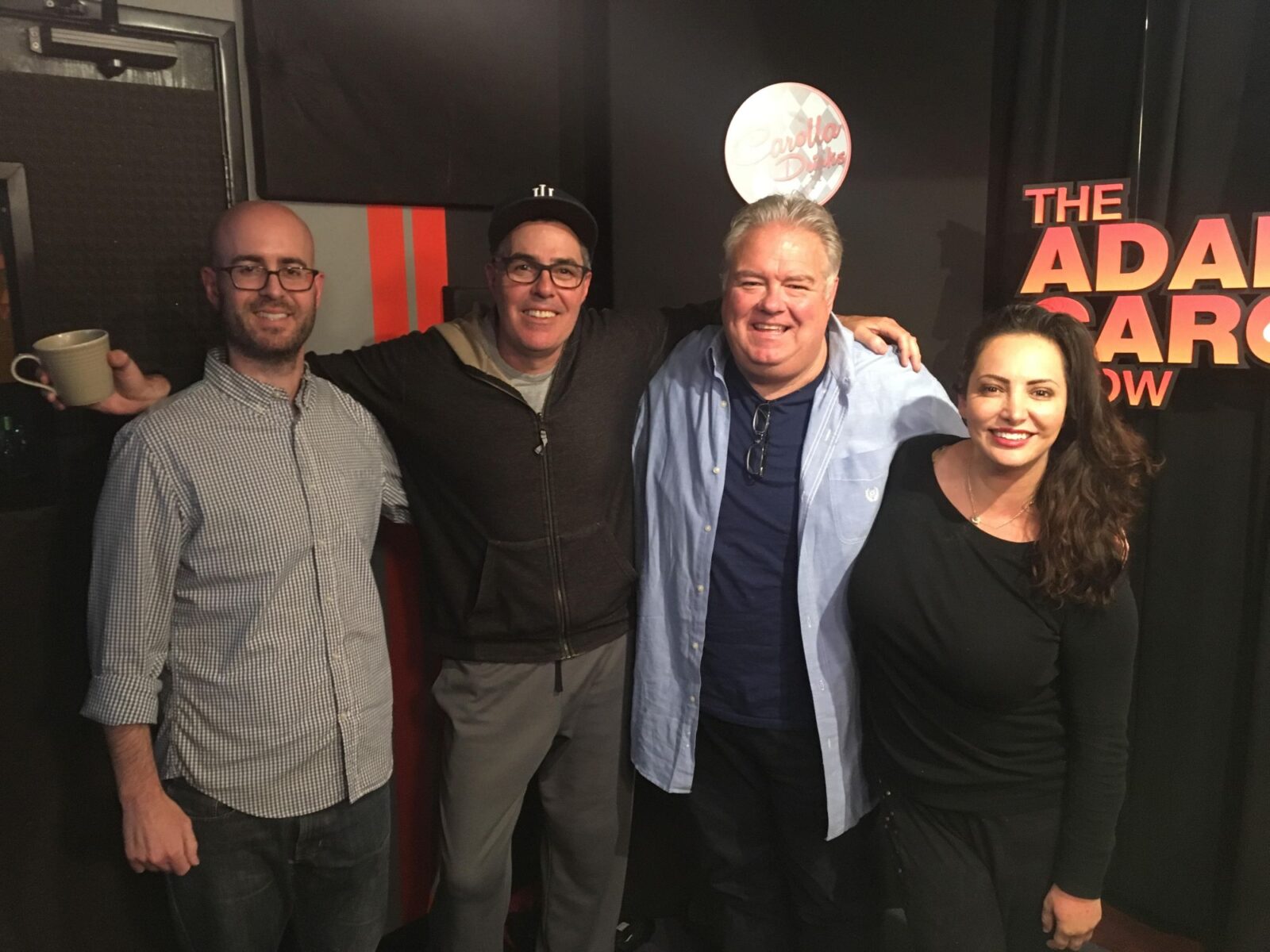 Posted at 02 May 2018 in Podcast by Chris Laxamana

Adam opens the show talking about his lifelong love affair with TV, and how it lead to him never learning how to read. He then talks about the trauma of the power going out at his house, playing cards with the kids, and adults who like spending time with their mom. Adam also complains about having to change the number on one of his Newman cars for a race, and shares his thoughts on catching the Golden State Killer.

Jim O’Heir in studio next, and the guys joke about using a teleprompter. Adam also asks Jim about his new competition game show where a-capella groups try to lull babies to sleep. After that, the guys take calls for a round of The Drunk Tank. Gina then starts the news with stories about Kanye West’s latest antics and Harvey Weinstein’s latest sexual misconduct allegations. Other stories include the Starbucks settlement, people joining a charity race for underachievers, and statistics about crying at work. As the show wraps up, Gina reads one last story about the happiness of married couples, and Adam talks about having to be a parent last night.

Just some casual father-son #fortnite Battle Royale gaming before bed, nothing too crazy.#Repost from @OlgaChaChaCha Adam really wants to be part of the game! #fortnite pic.twitter.com/4tSnnZ3m8q