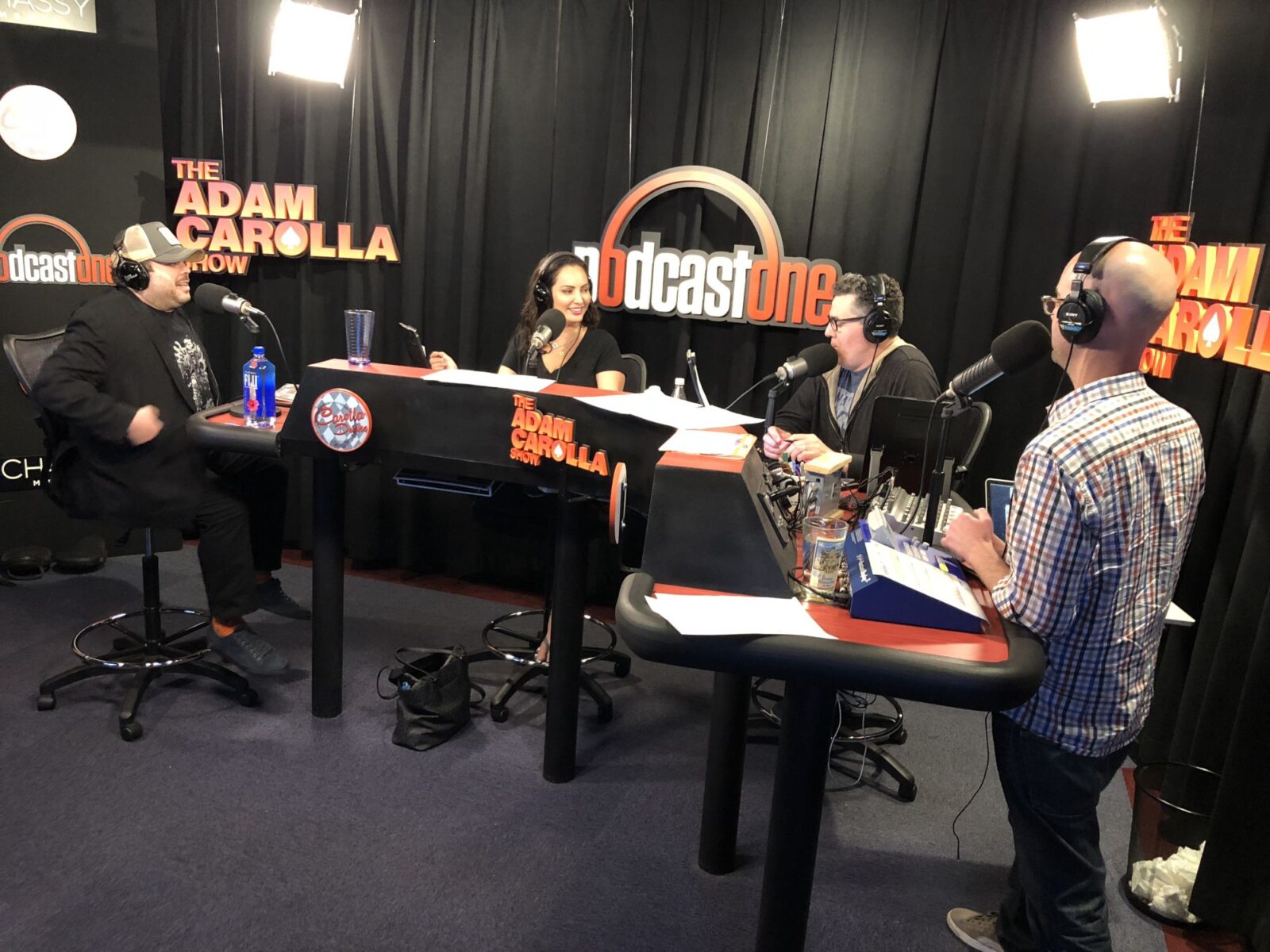 Posted at 26 Apr 2018 in Podcast by Chris Laxamana

As the show opens up, Adam complains about people getting into other people’s businesses. The guys then laugh at some of the Portland AirBNB options, and Gina tells a story about fighting with a giant cockroach. The guys also break down some more clips from Bill Maher, and Adam rants about pandering to our kids and proclamation-only politicians. Dr. Bruce then joins the show for a new Healthwatch segment, which leads to a discussion about personal health and the choices you make.

Part two of today’s podcast starts with Gina discussing a charity she needs help with. Adam then welcomes actor Dan Fogler to the podcast, and the guys talk about his film career and new graphic novel. They also chat about the golden age of being a nerd, the takeover of comic book movies, and Dan’s role in the ‘Fantastic Beasts’ franchise. Later, Adam rants about constantly being agitated by his phone, and Gina starts the news talking about a group of truckers banding together to help prevent a suicide. They also talk about the new ‘Mike Tyson’s Punch-Out’ champion, statistics about how much time in school is spent taking tests, and Papa John’s upcoming beer delivery. As the show wraps up, the guys discuss a new Harley Davidson internship, and guys getting lip injections to look like Channing Tatum.