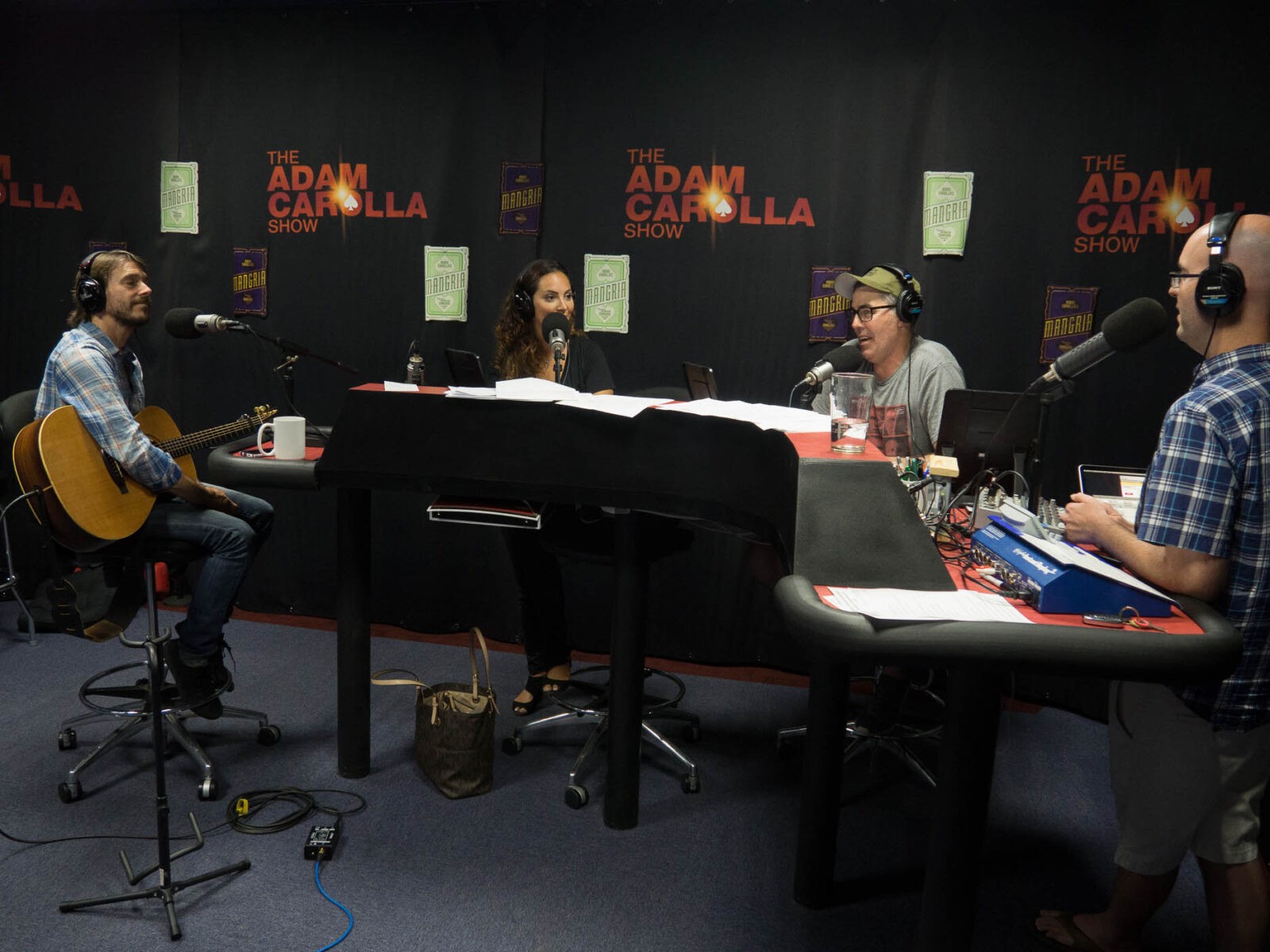 Posted at 09 Sep 2016 in Podcast by Chris Laxamana

Adam opens the show complaining about his late arrival from NY, and not being able to nap properly. He also talks about his dog Phil taking a crap in his bathroom, and an awkward exchange with Amber Rose. The guys then play a clip relating to terrible politicians, and why so many businesses are leaving CA. Before the break, Adam takes calls about a police shooting in Phoenix, trying to repair an old relationship, how he proposed to Lynette, and the origins of Crank Yankers.

Glen Phillips is in studio next, and Adam recalls hearing some of his music at JFK airport last night. The guys then joke about ‘Jew-jitsu’ and ‘joy whack-a-mole’, and Adam flashes back to his horrible childhood. After that, Gina starts the news with more updates on the presidential race. They also talk about Ann Coulter’s reaction to the recent roast of Rob Lowe, Tim Tebow’s deal with the Mets, and Colin Kaepernick’s protest. As the show wraps up, the guys discuss a leprosy outbreak, Ryan Lochte’s suspension, and an update on Bill Cosby.

Click through our Amazon link to get Glen’s new album, ‘Swallowed by the New’:
https://www.amazon.com/Swallowed-New-Glen-Phillips/dp/B01I5DHFBU/ref=sr_1_1?ie=UTF8&qid=1473365817&sr=8-1&keywords=swallowed+by+the+new