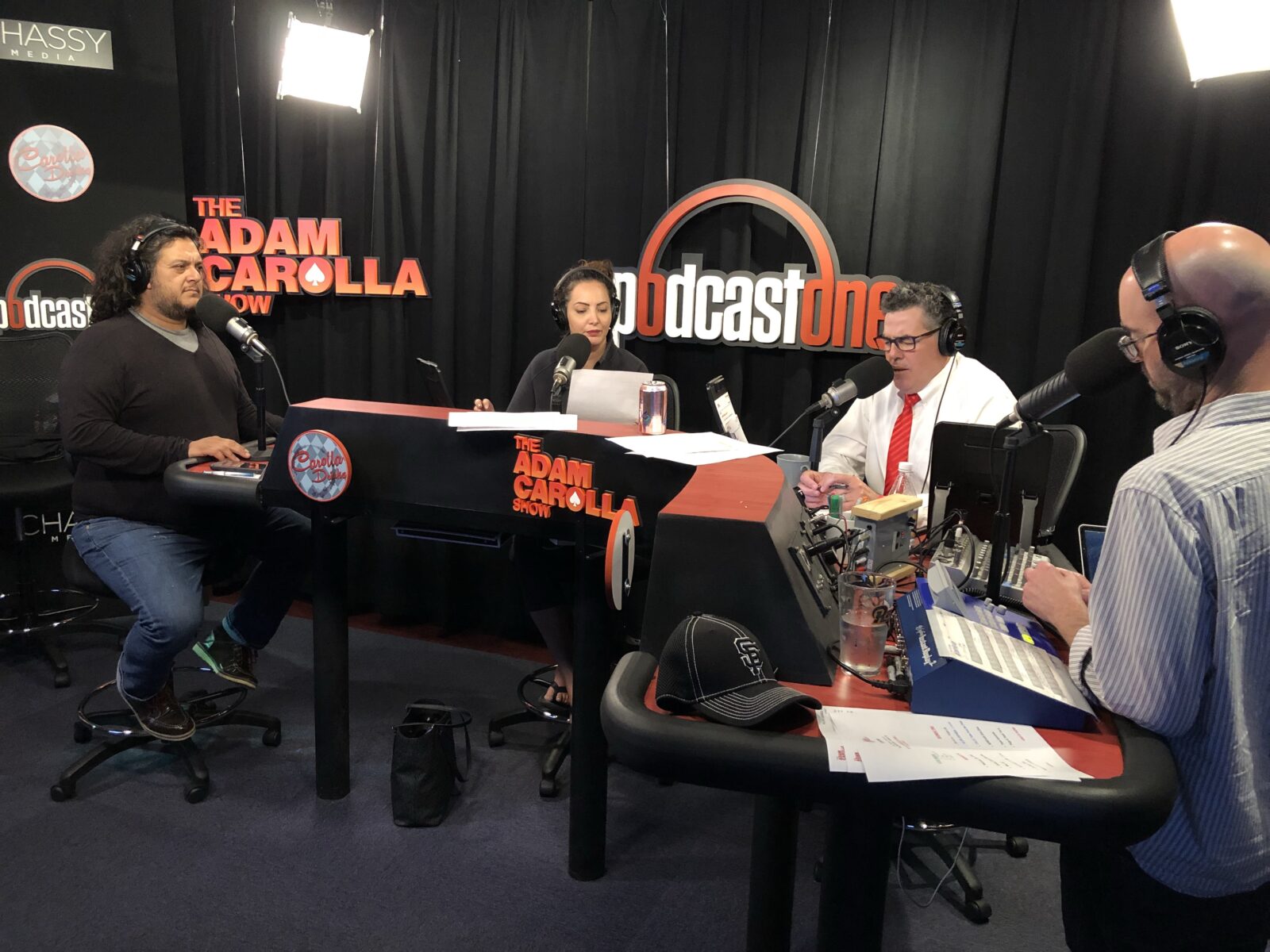 Posted at 09 Jan 2018 in Podcast by Chris Laxamana

Adam opens the show excited to be heading to Kimmel’s later this evening to work on the Oscars. The guys talk about Adam’s impressive zipper tie, and accidentally losing his wireless earbud while walking the dog. He also discusses getting the kids ‘Penny Boards’, coming into a clean studio, and his problems with TSA Precheck. Adam then takes a call from RJ Bell, and the guys chat about the lead up to the Super Bowl, as well as ‘RJs Parlay’. After that, Adam and Shek discuss today’s ‘Good Sports’.

Felipe Esparza is in studio next, and Adam chats with him about how much he loved his comedy special. Felipe talks about growing up in Boyle Heights, being ‘jumped in’ to a gang, and how he eventually made his way to comedy. The guys also discuss Felipe’s relationship with Homeboy Industries’ Father Boyle, and similarities between English and Spanish. Later, Gina reads news stories about the new season of ‘American Idol’, a Hepatitis A outbreak in Salt Lake City, and hotels getting rid of their ‘Do Not Disturb’ signs. The gang also talks about North Korea’s participation in the upcoming Olympics, the top 10 ‘best places to work’, and a family’s reunion with their dog after an eagle scooped it up. As the show wraps up, the guys talk about the cities that tip the best.

Felipe’s special, ‘Translate This’, is available now on HBO Go. You can get more info at http://felipesworld.com, and follow him on Twitter @FunnyFelipe.