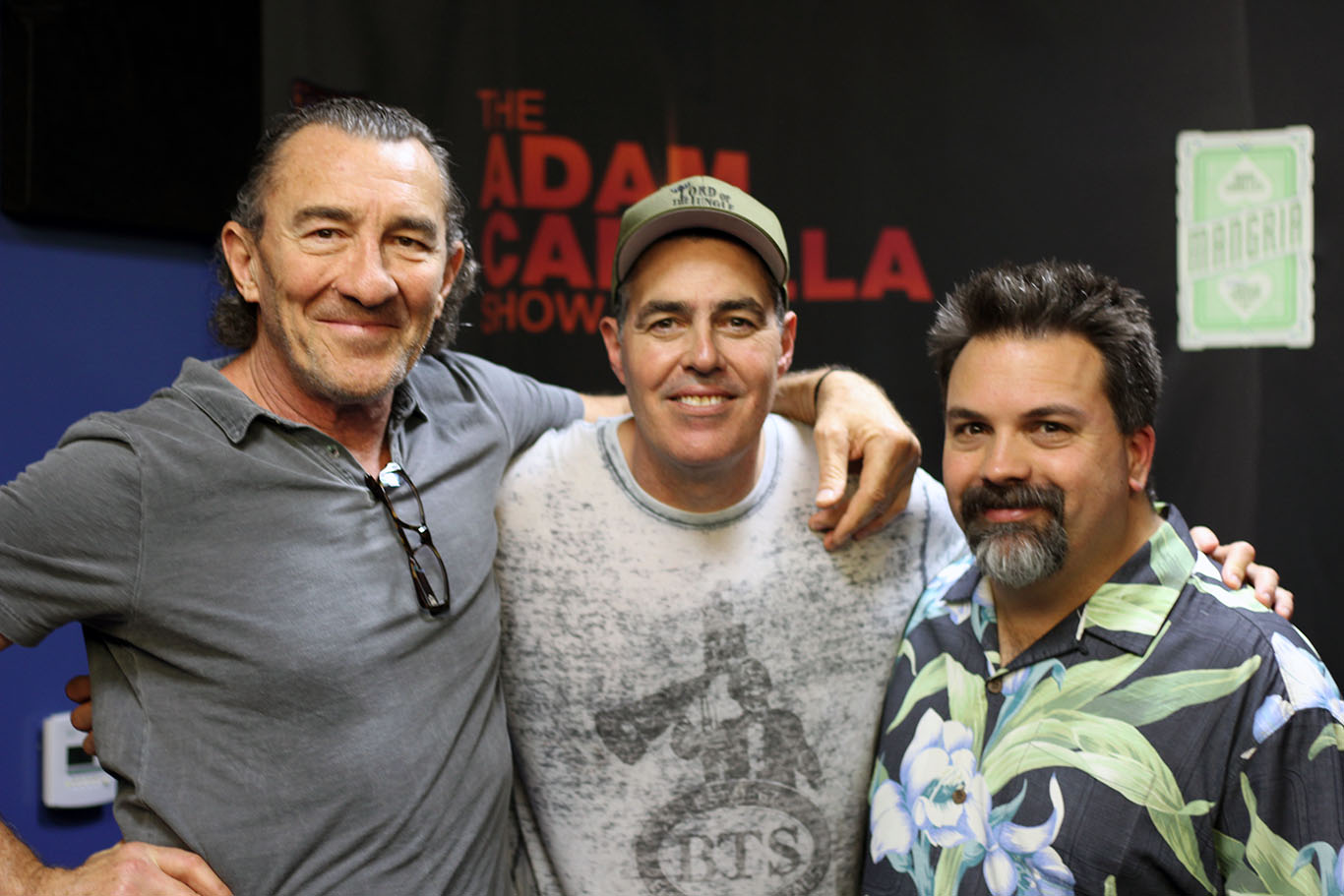 Posted at 19 Aug 2015 in Podcast by Chris Laxamana

Adam opens the show talking about his love of The Tubes’ music, and the work he did to help out on a music video they shot. Matt Atchity is also in studio, and the guys spend some time listening to more classic music before taking calls about Steve-O being wasted on Adam’s late night show back in the day, television censorship, and regulating hotel showers. Later, the guys play a round of the Rotten Tomatoes game.

Fee Waybill is in studio next, and Adam retells the story of working on the music video that The Tubes shot at A&M studios. Fee then explains part of the story that Adam didn’t know. Fee also talks about the importance of theatricality in his music, and the guys get into their driving enthusiasm and how cars have evolved. Fee also talks about playing polo and owning horses. Today’s news opens with the ‘Jared from Subway’ child pornography scandal. They also discuss the Ashley Madison leaked data, reviewing federal agencies like the TSA on Yelp, and the FDA’s approval of the female Viagra. As the show wraps up, Fee talks about getting busted after mistakenly smuggling a gram of pot across the border.