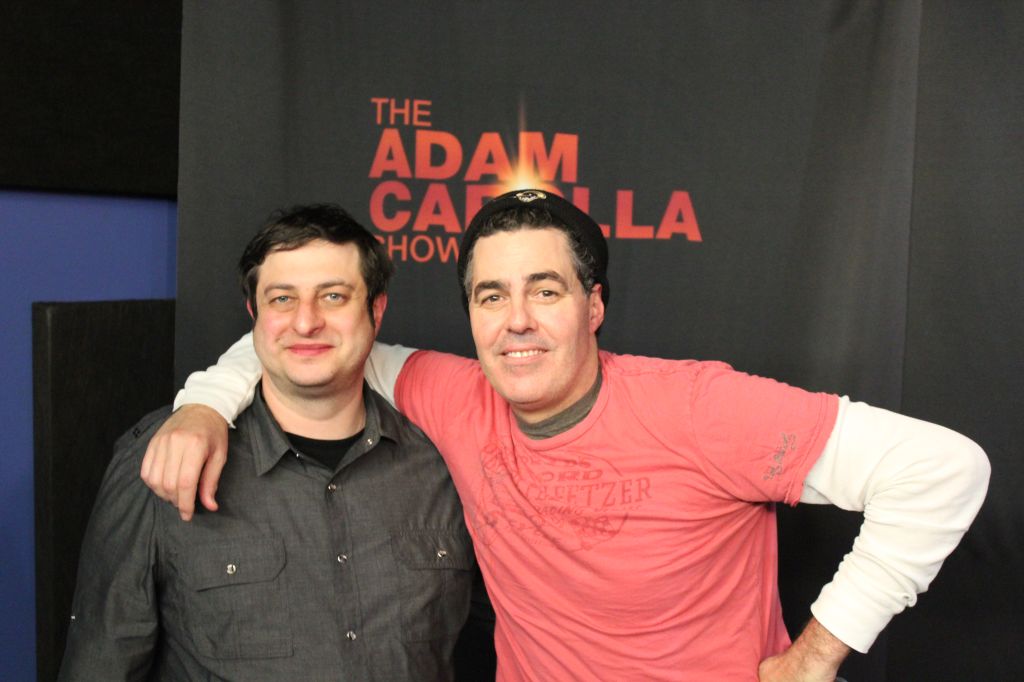 Posted at 30 Jan 2013 in Podcast by Chris Laxamana

Adam opens the show ranting about the abundance of dogs on planes, airports, and everywhere he looks. He also talks about a jacket he received that gives his ‘water displacement ranking’. Adam then rants about the TV in his hotel room showing pictures of better looking hotels, and talks about a rowdy fan who was thrown out of his Detroit performance. Later he talks about Morrissey’s temper, and complains about the way DAG parked his car this morning.

Eugene Mirman enters the studio next, and talks to Adam about his new hour-long comedy special. They also talk about Eugene’s parents’ escape from Russia, and why they don’t want their son going back. In the news, Alison begins by announcing that John Kerry is the new Secretary of State. They also talk about a revelation Ashton Kutcher had while playing Steve Jobs, and a 75-year-old man who shot a doctor in Orange County. As the show wraps up, the guys discuss an iPhone app that tells you what kind of condoms to buy, celebs with their own booze products, and why Adam hates Entertainment Weekly.
[youtube url=”http://www.youtube.com/watch?v=tBnxr-Eipow” autohide=”1″ showinfo=”0″]

Also be sure to visit http://EugeneMirman.com, follow him on Twitter @EugeneMirman, and watch Bob’s Burgers Sunday nights at 7 and 8:30pm on FOX.