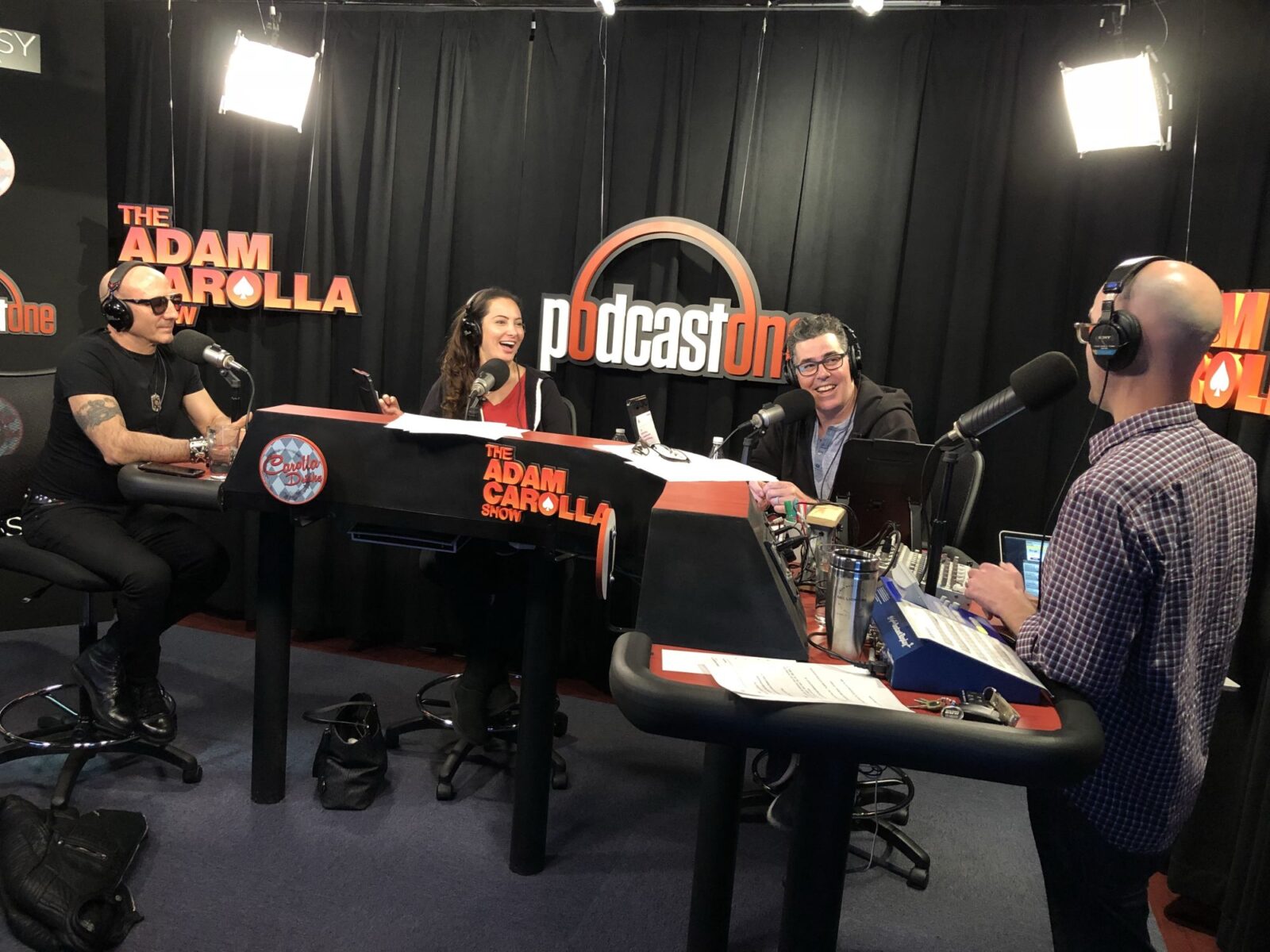 Posted at 13 Feb 2018 in Podcast by Chris Laxamana

As the show opens up, the guys talk about Valentine’s Day, terrible shows from Adam’s youth, and the best movie poster taglines. Gina then shares her thoughts after a screening of ‘Fifty Shades Freed’, and Adam rants about the latest LA Freeway sign mishap. Up next, Ronnie from Corona calls in to ask Gina to be his Valentine. Before Good Sports, the guys play a Valentine’s Day themed round of the Rotten Tomatoes Game.

Kenny Aronoff is in studio next, and the guys talk about some of the legendary recording artists that Kenny has drummed for. Kenny also shares stories about onstage fights, sneeze guards, and the perils of plagiarism. Later they chat about Kenny’s process in the studio, and Adam plays one of his favorite tracks that Kenny drums on. In the last part of the show, Gina reads news stories about Sony’s apology over a food allergy joke in a new kid’s movie, baseball player turned drug kingpin Esteban Loaiza, and Hooter’s ‘Shred Your Ex’ special. As the show wraps up, the guys talk about the best and worst states to find your soul mate, and a woman who claims a daycare waxed her daughter’s unibrow.