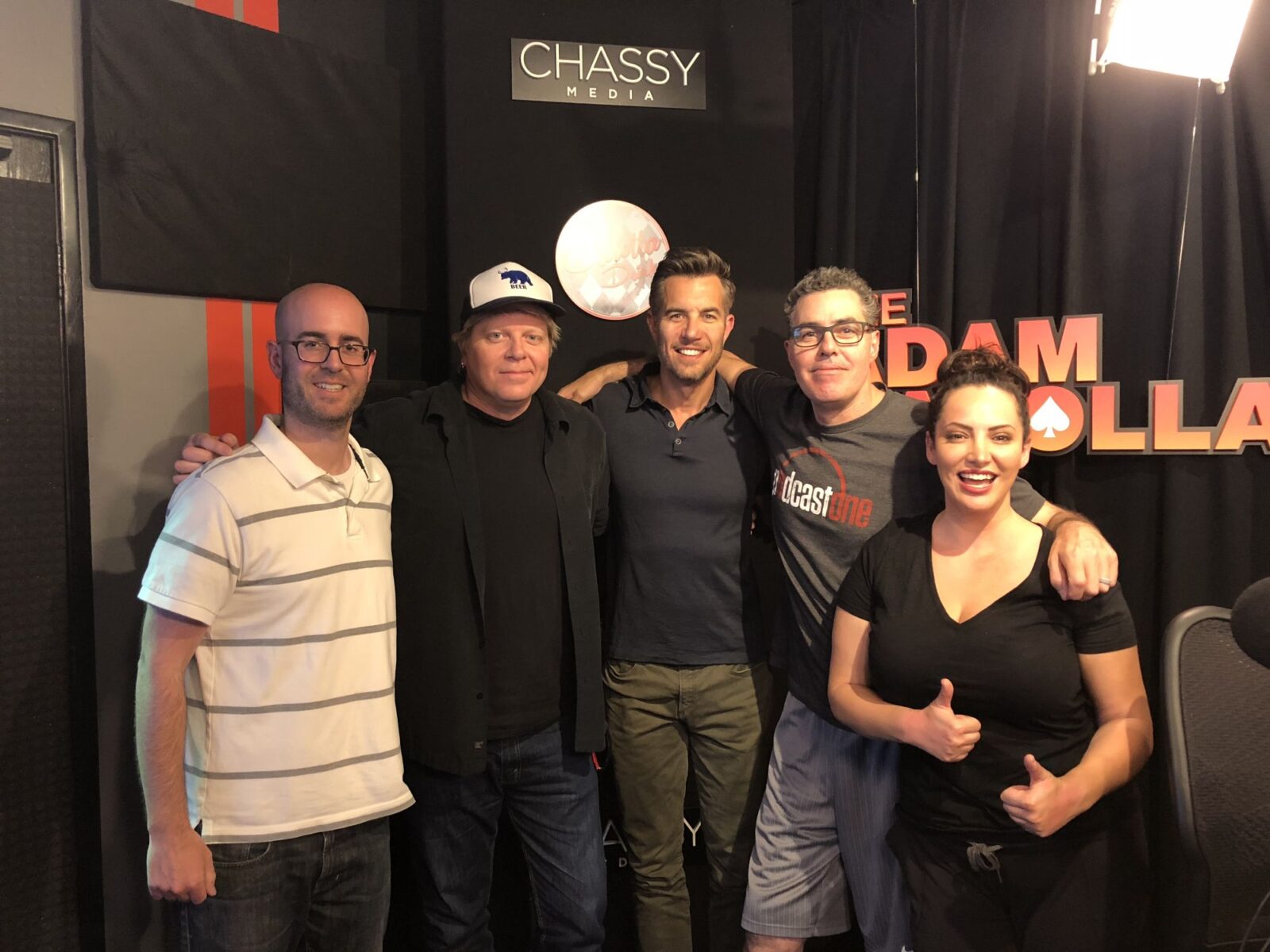 Posted at 31 May 2018 in Podcast by Chris Laxamana

At the top of the podcast, Adam talks about the importance of owning your mistakes and trying to better yourself. He then rants about a news story from Bakersfield about parents who are angry at being kept away from their kids’ graduation ceremony—because they showed up late. Vinnie Tortorich is also in studio, and the guys have some fun talking to Dawson about his ridiculous diet and eating habits. Before Good Sports, the guys jam to a classic 311 track.

Dexter Holland and Nick Hexum are in studio next, and Adam talks with them about their Never-Ending Summer Tour, which The Offspring and 311 are co-headlining. Adam talks with Dexter about his hot sauce and custom van, and he asks Nick about where he grew up and how their two bands got together. Later, Adam recalls the backstage fight he witnessed between Green Day and Third Eye Blind, and talks to Dexter about the cost of jet fuel.

Gina begins the news talking about Kim Kardashian’s White House meeting to discuss prison reform. They also talk about a televangelist seeking donations for a $54 million jet, and a hotel valet who drove a car under another vehicle and got stuck. As the show wraps up, Adam laments the loss of cool album art, and chats with the guys further about their upcoming tour.

Tickets for the Never-Ending Summer Tour are available at http://livenation.com. You can follow the guys on Twitter @NickHexum, and @Offspring.