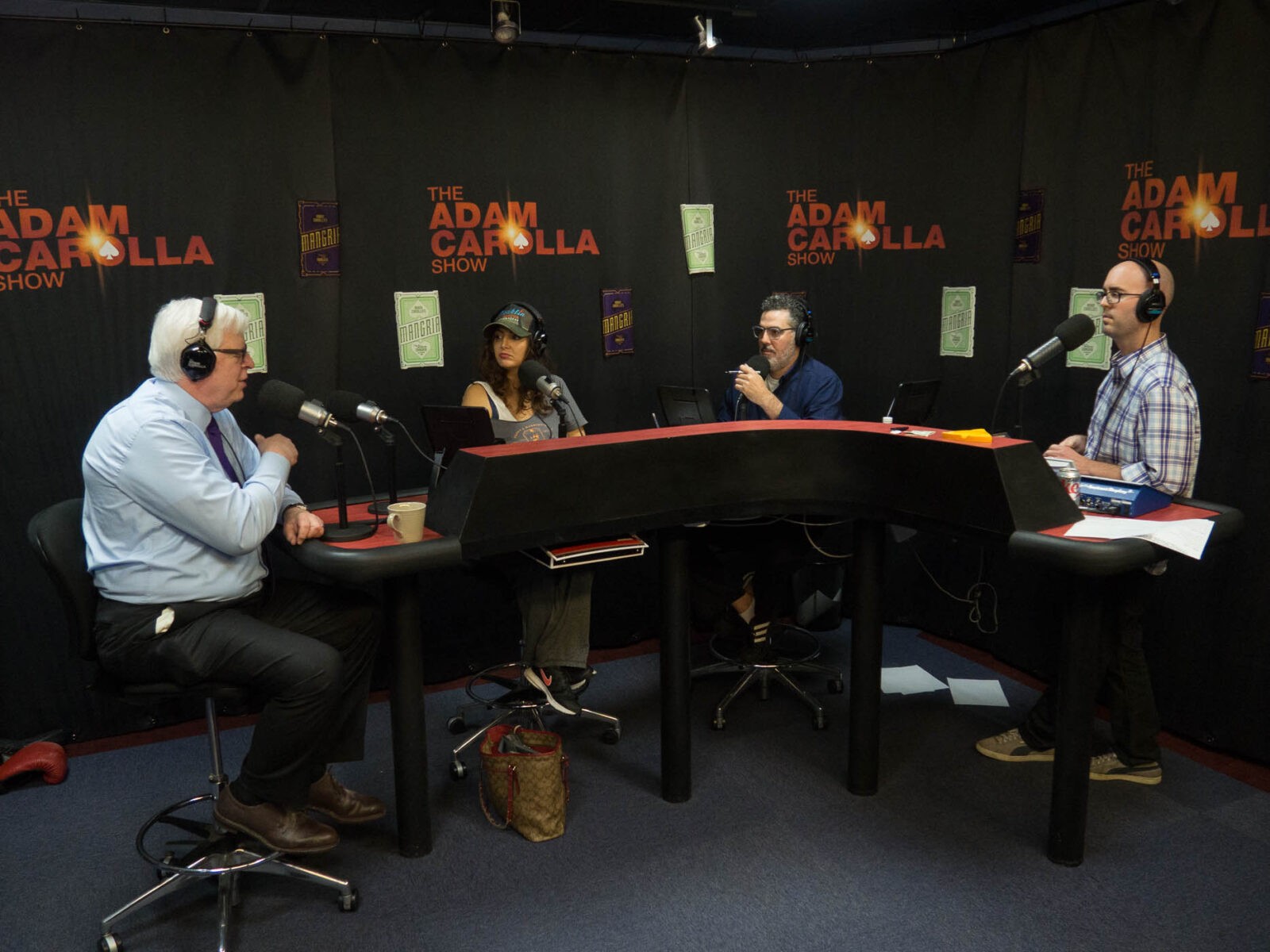 24 May Dennis Prager and David Wild

Posted at 24 May 2017 in Podcast by Chris Laxamana

At the top of the show, Adam talks about the importance of passion, unless it’s the title of a never-ending song. David Wild is also in studio, and the guys talk about Chris Cornell’s suicide, as well as Adam’s engaging interview with Kareem Abdul-Jabbar. They also discuss the upcoming special on The 90s that David is working on, and take calls about Cranston’s Milo Yiannopoulos email to Adam, and talking to Sonny about being aware of his surroundings.

Since the guys didn’t get to the news yesterday, David Wild hangs out as Gina reads stories about the Manchester terror attack, loosening the rules on touchdown celebrations, and the new Top Gun sequel.

Dennis Prager is in studio next, and the guys talk about people not caring about how you feel, but instead how you act. Later he points out the differences between Liberalism and Leftism, and how the Left took over academia and the media landscape. They go on to talk about micro-aggressions, censoring Prager U videos, and addiction to free money. As the show wraps up, the guys give more details on their new collaboration, ‘No Safe Spaces’.

Watch a teaser of Adam’s conversation with Kareem Abdul-Jabbar, and stay tuned for the full interview this Monday!

Go to http://nosafespaces.com to support the new documentary. You can also visit http://dennisprager.com for more info, and follow him on Twitter @DennisPrager.

Also follow David on Twitter @WildAboutMusic, and keep your eyes peeled for ‘The Nineties’, coming to CNN this July.