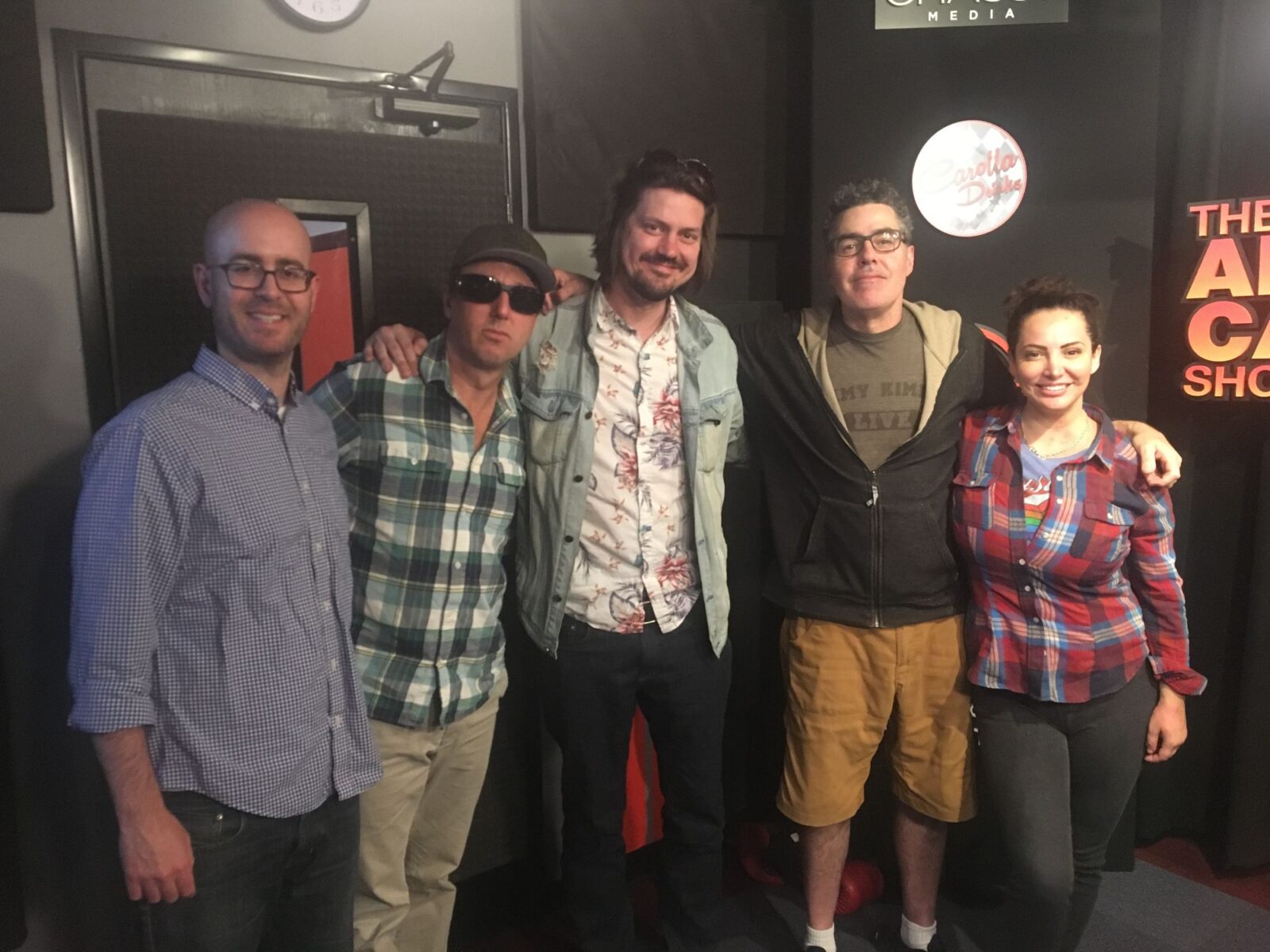 Posted at 18 Apr 2018 in Podcast by Chris Laxamana

At the top of the podcast, Adam welcomes the Deaf Frat Guy back to the podcast. The guys talk about the origins of Delta Fu, and then play a round of JV or All Balls. After that, the gang takes phone calls for a new segment called ‘The Drunk Tank’ where the guys rank your most debaucherous drinking stories. Before Good Sports, Adam talks with DFG about the upcoming cruise, and the trauma of sitting on your balls.

Trevor Moore is in studio next, and the guys talk about the old days of mattresses blocking lanes. The group then plays one of Trevor’s songs from his new special, which leads to a conversation about the origins of the Kardashians. Later, Adam asks everyone if they would watch a video of their partner having sex with someone else. Gina begins the news talking about a tragic accident aboard a Southwest flight. They also talk about the bitter rivalry between Tom Cruise and John Travolta, the most polluted cities in the country, and a guy who claims that a drug made him gay. As the show wraps up, the guys talk about a large T-Mobile settlement, and the latest insane burger development.

Watch ‘Trevor Moore: The Story of Our Times’ tomorrow at midnight on Comedy Central. You can also follow him on Twitter @TrevorMoore.