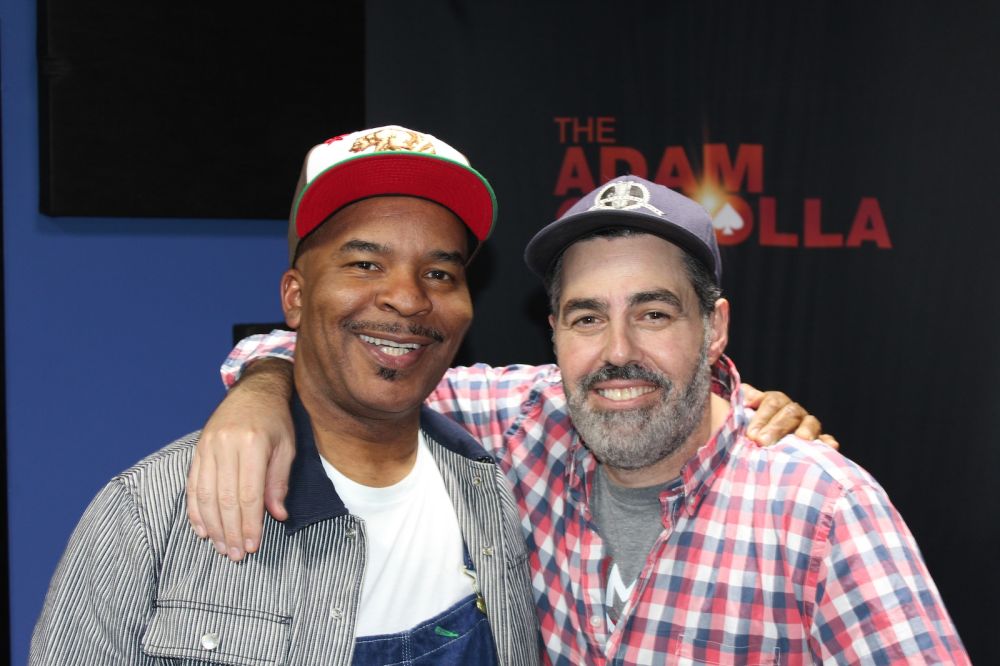 Posted at 27 Jan 2013 in Podcast by Chris Laxamana

Adam opens the show with David Alan Grier in studio, and chats with him about his old theme music and how it feels being back from New York. DAG then talks about getting the key to Harlem, as well as his small extended family. Peanut also drops by, and later the guys discuss To Catch a Predator, Manti Te’O, and why Alison thinks architects are megalomaniacs.

In the second half of the show, the gang talks about smooth R&B music, and being so confident in your straight sexuality that you would let a man go down on you. The guys also take some listener calls, and Adam discusses his interview with Mike Tyson. News stories include a Tyson cameo on SVU, a Harvard professor looking to create an artificial Neanderthal, and the top baby names of 2013. As the show wraps up, DAG sings outtakes from some classic songs you may remember.