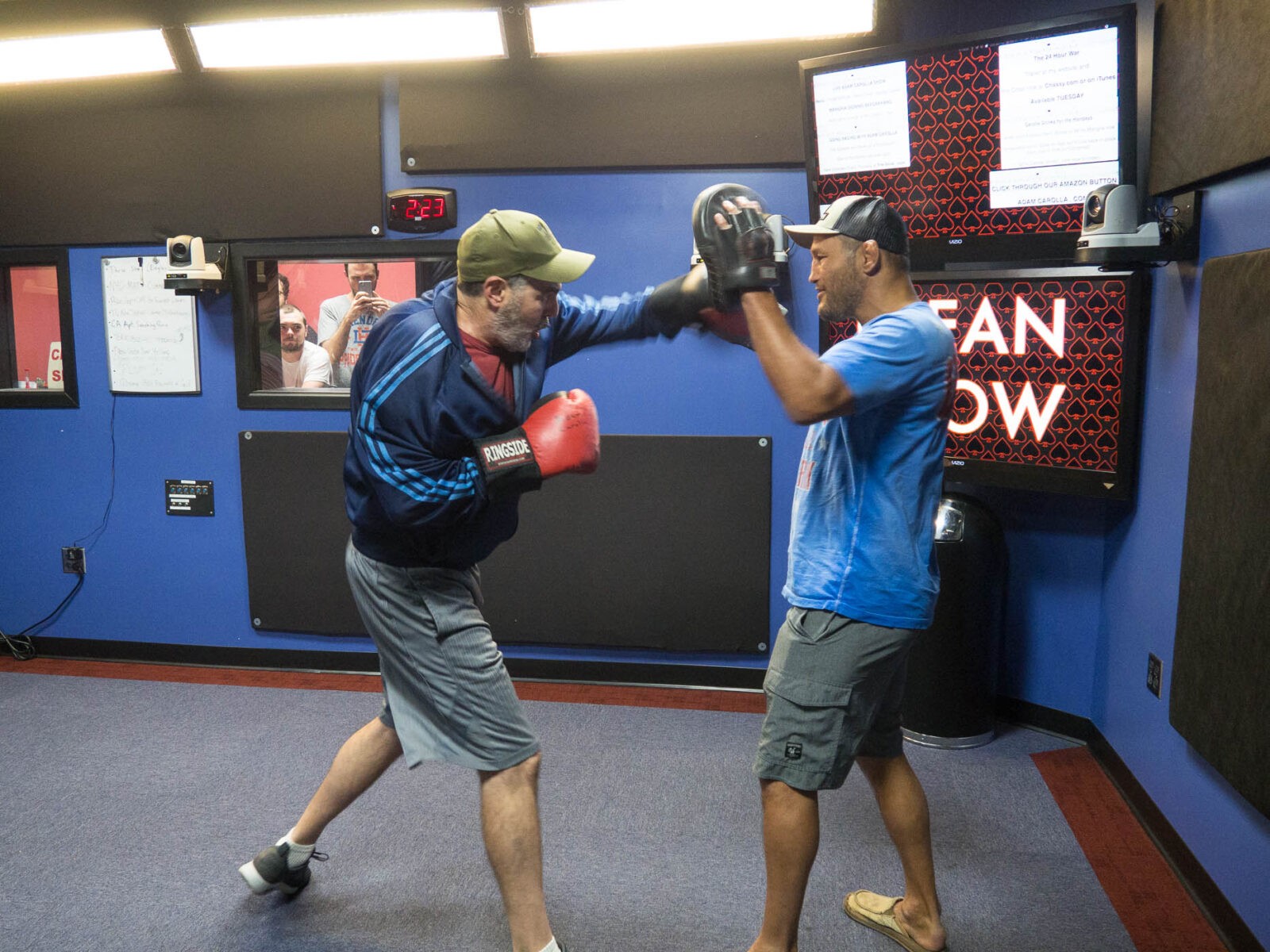 Posted at 18 Nov 2016 in Podcast by Chris Laxamana

Adam opens the show talking about soup with Vinnie Tortorich. He also reflects on his experiences on The Marriage Ref when he was on with Donald Trump. The guys then take fan phone calls about trying to put on healthy weight, and what to eat for breakfast, and Adam rants about how much people focus on making every meal a party. Before heading out, Vinnie shares his thoughts on Thanksgiving dinner and the guys mow through a couple more calls about diabetes, how many beers is too many beers, and off-setting your sodium intake.

Dan Henderson is in studio next, and Adam talks to him about retiring from MMA. Adam chats with Dan about his strategy when fighting, and being enticed to come back to the octagon. They also talk about Connor McGregor challenging Floyd Mayweather, and play an MMA-themed round of Nerdwalking. Later, the guys talk about ‘boxerobics’, and Dan holds the focus pads for Adam. Gina then reads news stories about Johnny Manziel, Metallica, and the Mall of America shutting down for Thanksgiving. As the show wraps up, the guys talk about Malaysian police officers being required to lose weight, notifying your boss you can’t come into work, and Dwayne ‘The Rock’ Johnson considering a presidential run.