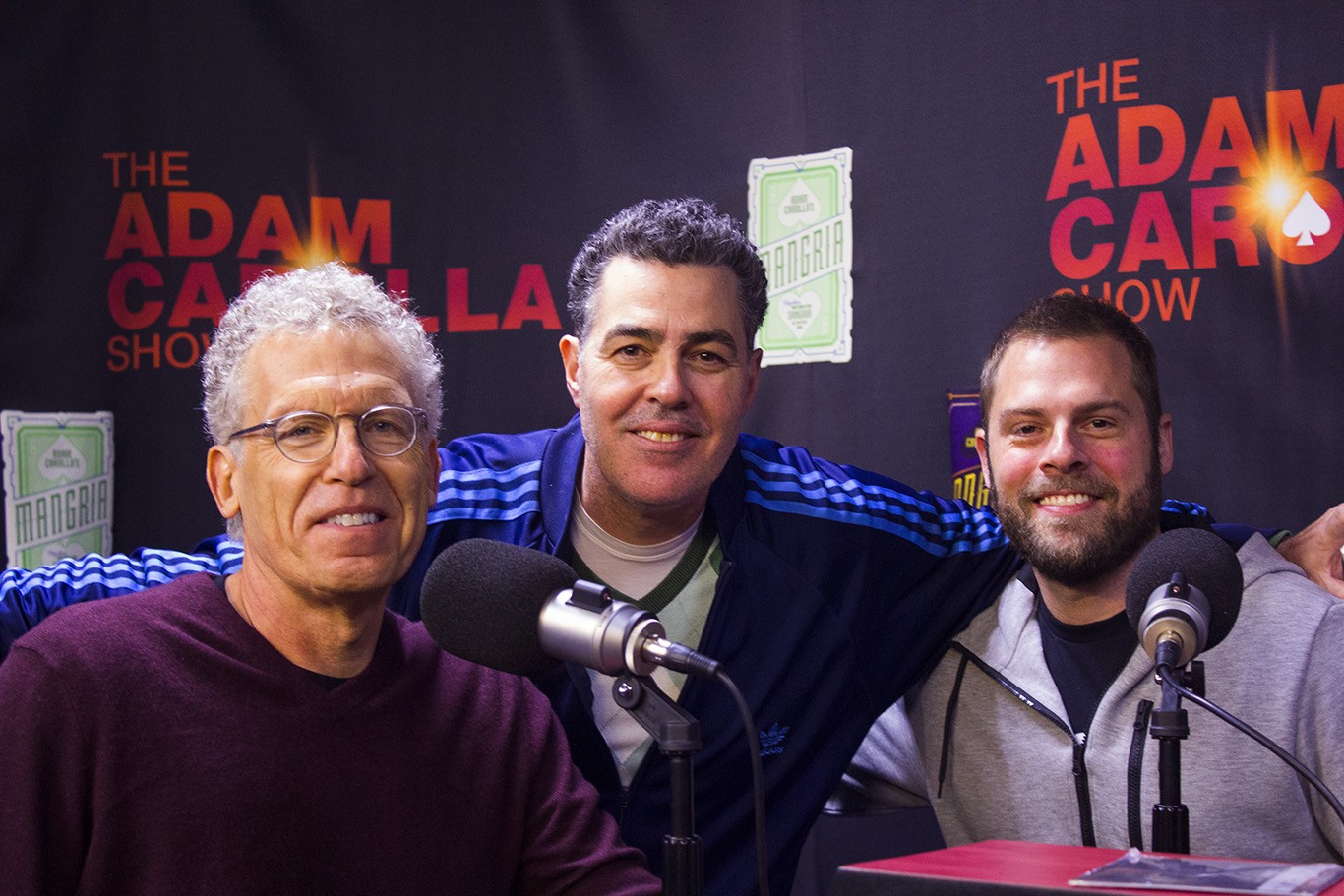 Posted at 07 Jan 2016 in Podcast by Chris Laxamana

Adam opens the show talking about the importance of competition, not just in the entertainment world, but also on a political level. They also talk about the ‘citizens auxiliary police’, and other great moments from the Phil Hendrie Show. Before the break, Bald Bryan reviews ‘The Hateful Eight’ for this week’s Baldywood.

Carlton Cuse and Ryan Condal are in studio next, and Adam compliments them on their new TV series, ‘Colony’. The guys discuss how the television landscape has changed, and the origins of Carlton and Ryan’s working relationship. Later they talk about the importance of visual effects in television, and Adam tells a story about confusion at the movie theater. Gina then reads news stories about NY salt miners rescued from an elevator shaft, Jaden Smith’s new fashion gig, and a woman who got out of a DUI by saying her body is a natural brewery. As the show wraps up, the guys talk about massive Macy’s layoffs, and a bizarre advancement in science that will allow a man to control his sperm flow.

Watch the premiere of ‘Colony’, January 14th at 10pm on USA Network. You can also follow the guys on Twitter @CarltonCuse, and @WrathOfCondal.