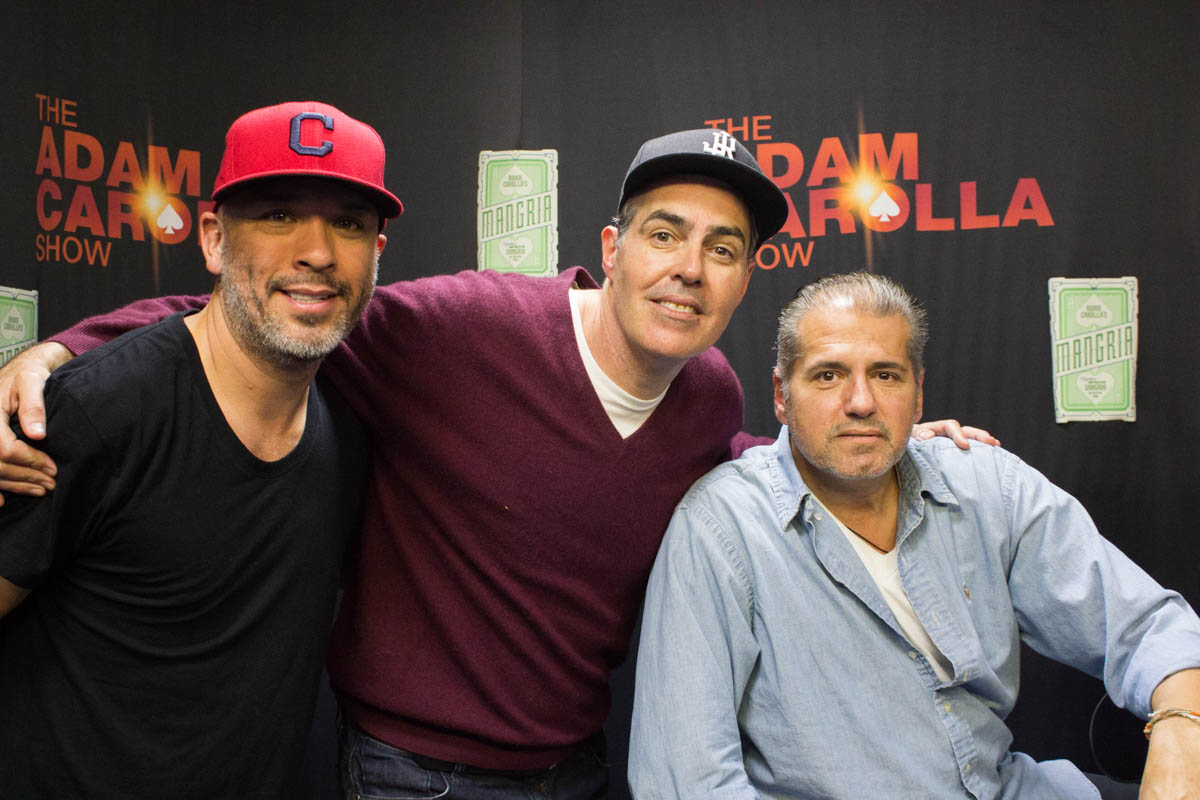 Posted at 02 May 2016 in Podcast by Chris Laxamana

Adam opens the show with Jo Koy in studio, and the guys talk about Jo filming his standup special. Adam then recalls a conversation about anarchy that he had with the band Chumbawumba, and plays a Prius commercial that’s been driving him nuts lately. The guys then listen to a new addition to the ‘Rape Rock’ music genre, take a couple fan phone calls, and follow it up with a clip from an upcoming Adam and Dr. Drew show. Before the break, the group takes one more phone call about music rules for your car.

AJ Benza is in studio next, and the guys talk how he got banned from the Howard Stern show. Adam then asks for a breakdown of the overly long baseball season. The guys also talk about taking bribes from Mafia guys while he was a gossip columnist, and also his private conversations with Donald Trump. Today’s news opens with a discussion of the White House Correspondent’s dinner, but first, the guys talk about awkward conversations with former managers. As the show wraps up, the guys discuss our failing school system.

Watch new episodes of ‘Case Closed with AJ Benza’, Saturdays at 10 on Reelz. For more info, check out http://reelz.com/case-closed, and follow AJ on Twitter @RealAJBenza.